Things To Do in Komodo

The town Labuan Bajo and Komodo National Park together offer so many great things to do. Labuan Bajo, Flores is a short 1-hour flight from Bali and great to combine with your 3-week Bali Route. From Labuan Bajo, hop on a boat tour around the islands inside the national park. 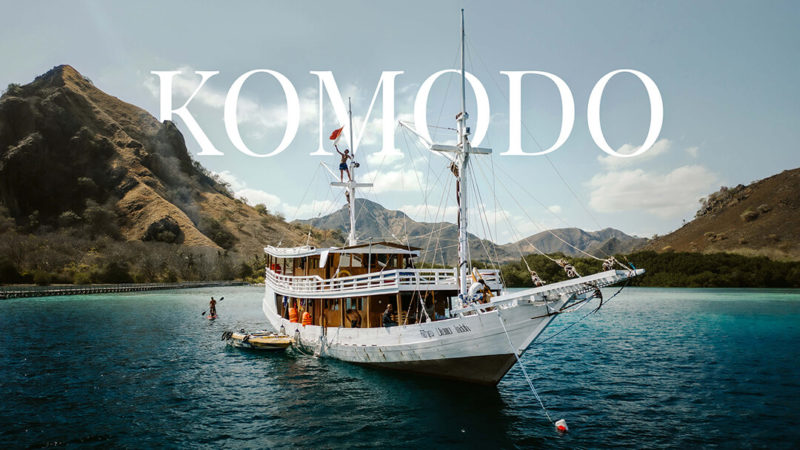 2. Walk on a sandbar

In the middle of nowhere, a small white sand island pops up. There are loads of small sandbanks around the Komodo Islands. Some even disappear during high-tide.

Padar island has a handful of spots to hike up to. The highest point gives a 360-degree view over the entire island. We spotted loads of wild deer from one of the viewpoints.

At Komodo National Park it is possible to snorkel or dive with Manta Rays year-round. During the rainy season, you will be guaranteed to snorkel with these impressive animals.

Rango Cave is a tucked-away gem, relatively close to Labuan Bajo. The pristine blue water inside the cave contains that much salt that it will keep you floating easily.

No time to read now?
No worries! Save on Pinterest to read it later.
Save to Pinterest

From Labuan Bajo, it is a 1.5-hour motorbike drive to the pier followed by a boat that takes you to the cave. Highly worth the visit!

Be welcomed by the super friendly locals, located on Komodo Island. The inhabitants make a living by fishing or selling handicrafts to visitors to the national park.

7. Experience a million bats in the sky

The sky filled with a million bats leaving the mangrove right after sunset. A highlight of the things to do in Komodo.

8. Wander on a pink beach

Another natural wonder in this national park is the pink beaches. White sand mixed with tiny pieces of red coral makes the beach look pink.

Spending one or more nights on a boat, waking up in the middle of the national park, local delicious meals, and having fewer tourists around you is an experience of a lifetime. Loads of companies offer these tours from Labuan Bajo in any kind of comfort.

Like Mantas, turtles aren’t hard to spot in the national park. Diving or snorkeling doesn’t matter, you should be able to see them pop-up their heads everywhere. Please note: It is not allowed to touch any animals.

Is there a better way to wake up in Komodo than to experience the sunrise from your bed?

In the middle of the water is a small rock with a hole in it. Batu Bolong is a 60-meter deep rock offering world-class snorkeling and diving.

13. Dive at the world-class reefs

Komodo National Park is the place to do dive if you are a diver. Expect millions of fish in all forms, colors, and sizes.

Did you know that …

When you purchase something through our links we earn a small fee. However, you still pay the same. Win-win!

Komodo Islands: How to Tour in Komodo National Park

11 Things To Do in Labuan Bajo, Flores

Komodo Islands: How to Tour in Komodo National Park

11 Things To Do in Labuan Bajo, Flores

Looking for more travel information? Plan a chat with us for personalised travel advice or get an answer from the Salt in our Hair Travel Community on Facebook.